Bringing Europe and the US Together in Texas

Ambassador of the Czech Republic to the United States 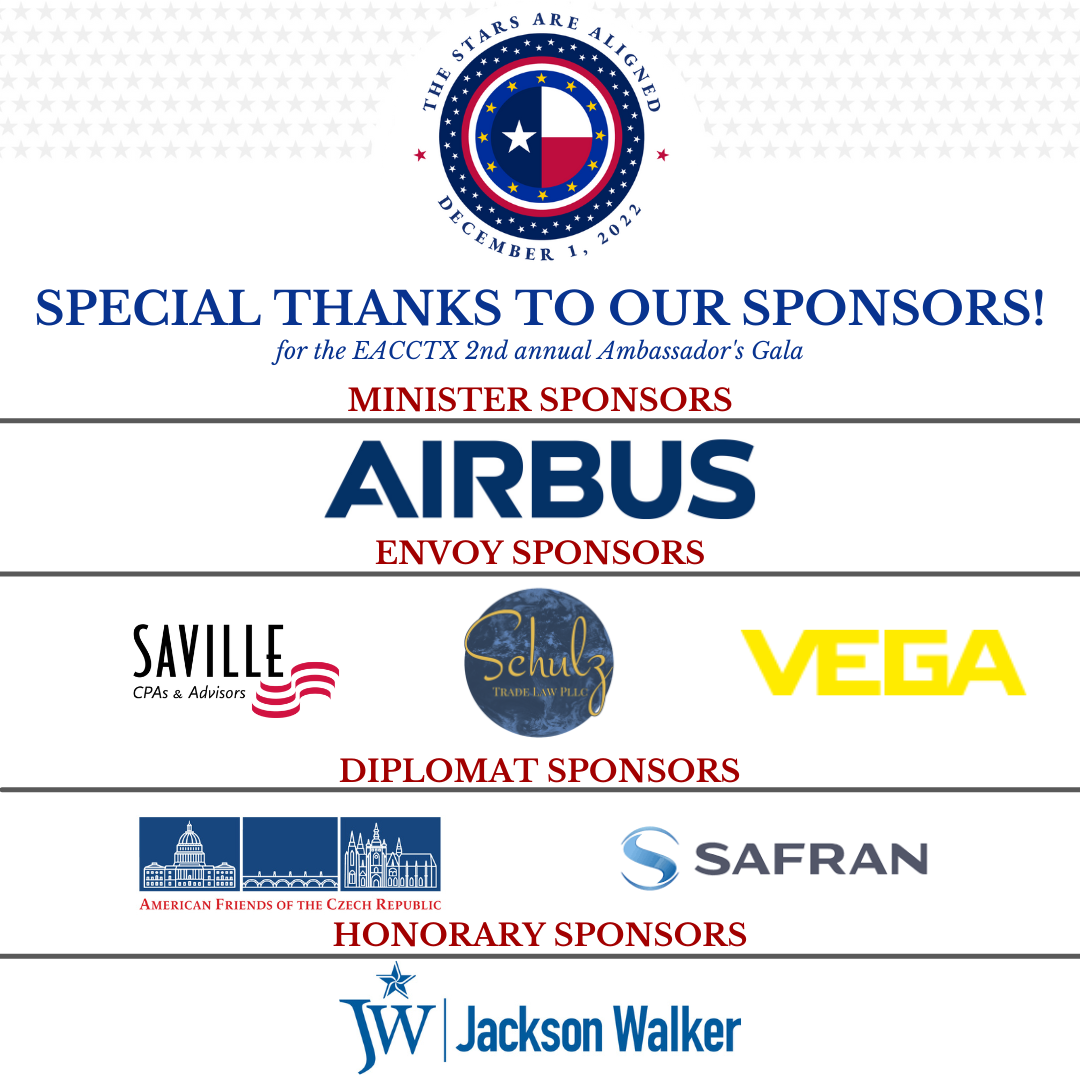 Ambassador of the Czech Republic to the USA

Miloslav Stašek is married and has three children. In his youth, he was the champion in middle-distance running. Despite his busy schedule, he still finds time every day for a regular workout. He speaks fluent Czech, English and Arabic.

Michelangelo Margherita is Head of Trade, Agriculture and Digital Economy in the Delegation of the European Union to the U.S. Before moving to Washington, he spent most of his career in the Directorate General for Trade of the European Commission in Brussels. His assignments included legislative files, trade negotiations but also public diplomacy and press relations.

He was part of the negotiating team for the EU’s FTA with Andean countries, he was posted in Mexico City and subsequently developed the EU legislation on conflict minerals. He holds law and political science degrees from universities in Paris and Montreal. Michelangelo has roots in several European countries and is married with two children.

Please reach out to Erin McKelvey, Executive Director emckelvey@eacctx.com for sponsorship opportunities or go to our registration page

Greater Houston Partnership and Hotel for Gala to be Named

A discount will apply for 2 or more guests

The Ambassador will Keynote